One Foot in the Spotlight: Is Business Ready for Prime Time? - BravoEcho
20154
post-template-default,single,single-post,postid-20154,single-format-standard,bridge-core-2.6.8,qode-page-transition-enabled,ajax_fade,page_not_loaded,,qode-child-theme-ver-,qode-theme-ver-25.3,qode-theme-bridge,disabled_footer_bottom,qode_header_in_grid,wpb-js-composer js-comp-ver-6.7.0,vc_responsive

One Foot in the Spotlight: Is Business Ready for Prime Time? 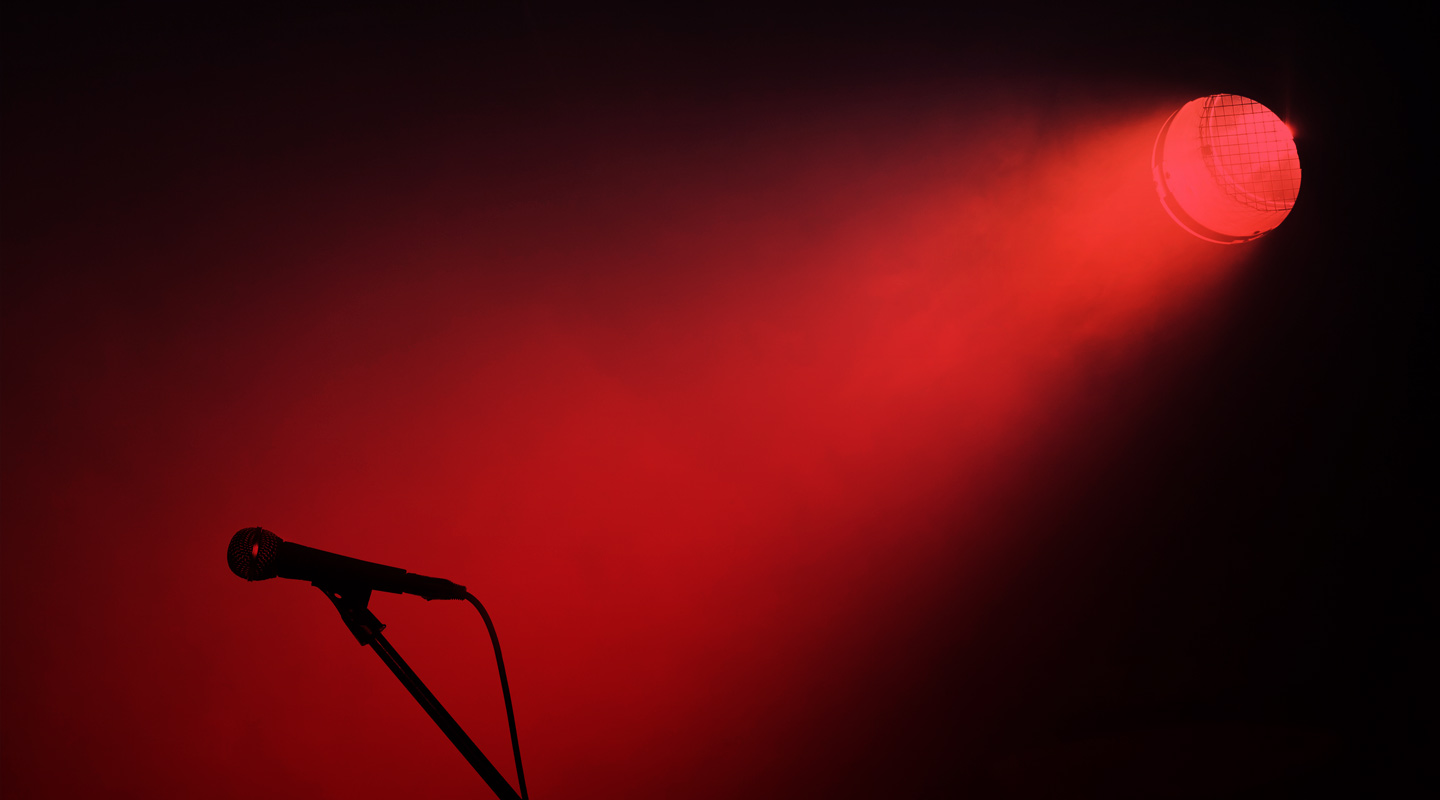 16 Jun One Foot in the Spotlight: Is Business Ready for Prime Time?

Posted at 18:31h in Business, Featured, Op-Ed by Pete
Share

Could we think of the pandemic as something like a rehearsal for civilization? Does that trivialize it? As brutal and overwhelming as COVID-19 has been on any comparative scale in more than a century, it may still be more of a rehearsal for what is yet to come. Maybe what we are seeing for the first time on a completely global and transnational scale is more of an audition for an emerging drama. Perhaps the pandemic has been a try-out to see which human institutions are best capable of responding to emerging post corporate, post nation-state crises? What human attributes can best confront threats that scale well above racial and cultural identity, new threats the outlines of which we are just beginning to see? Can the human mind and all of this impressive Civilization it has created be an asset in the face of global headwinds of all kinds? Or is all of our precious identity, culture and prosperity something of an outmoded overreach? Could humanity have painted itself into a corner with a broad-brush dipped in something called “progress”?

COVID-19 asks this question in a simple way that already is an important marker for an inflexion point in history. Can humanity respond to planetary-scale threats without losing its humanity? The data are still coming in of course but we certainly can claim evidence of solid resilience from how a collective effort to slow a devastating viral infection was mobilized. We saw a rapid ramp up of safety measures, increasingly effective treatments and a toolbox of vaccines that are now delivering immunity to the human herd.

That success has been a partnership intentional or otherwise between science, government, the military and other institutions. One largely unanticipated consequence is that business has shown itself to be a major player here. A rapid, crisis driven evolution has pushed business to the very forefront of social institutions. As government has found itself tongue-tied, gripped by stage fright and bad timing especially in the liberal industrial democracies, it’s been a pretty great tryout for businesses. Polling is only one lens on something as nuanced as all of this but the authoritative Edelman Trust Barometer, through a variety of measures, places business ahead of Governments, NGO aid agencies and Media. What is particularly surprising is that business appears to stand out for demonstrating, in particular, the qualities of competence and ethics.

Did business aspire to this role and given that there is clear evidence of approval by the body politic, does business relish or even want to be in a leadership hot seat at the moment? Many businesses with challenging records of defying and resisting calls for living wages, industrial safety, and environmental protection find themselves being looked to as potential civic trustees capable of leadership and change at a moment when traditional political and social leaders are scarce or divisive. Delta airlines based in Atlanta has taken a leadership position on voting rights, something which may improve the mood to travel of like-minded passengers. Delta has not found the same leadership instinct in confronting the airline industry’s role in climate change and carbon emissions which says something about the complexity of global challenges coming our way.

Finding the broader path ahead is tricky because the lessons of COVID may be one of the last really straightforward learning moments that we will face in the turbulence to come. For all of its brutality and capacity to sow chaos and overwhelm whole nations, the pandemic came with its own clear shared understanding of principles. Everybody got it, pretty much: Viruses kill humans so humans must collectively protect themselves. Sure, there were scientific disagreements over countermeasures, seemingly political disputes over mask wearing. The idea of evil-scientist weaponized lab viruses made it into the discussion as well as arguments over how closed the economy needed to be to protect people. But the overall mission was shared, its urgency self-evident and the strategy part of a powerful consensus. Businesses seemed to know what to do, from protecting their workforce and bolstering their supply chains, to funding critical research, retooling manufacturing for PPE, and subsidizing worker relief programs.

Business had an enormous role in all of these outcomes, but has it really earned the right to take a stand on scientific and social issues. If the result is broad agreement over the how and the what-now of the COVID crisis, who cares if they “earned it,” is one answer. The value of linking the virtues of healthy living to general business prosperity is a bonus for all. To shun newcomers for past foot dragging, would be like denying the value of today’s auto safety technology because carmakers once opposed seatbelts. A shift in business strategy to seek health care for potential customers and employees is already revolutionizing the way business has positioned itself as an advocate for improved quality of life on all levels. This is something to build not tear down. Yet we must be vigilant in noting what seems superficial or manipulative like the Koch Industries leadership in funding cancer research while being a major carcinogen producer in the coal industry, and we must not hesitate to celebrate the courage and authenticity of NASCAR’s repudiation of the Confederate flag even though it has been an emotional icon for its customer demographic for decades.

COVID has shown us that what were once widely seen as separate are converging. Health, education, living wages, governance, and branding can be seen as interacting on a planetary scale. There is the dramatic example of Greta Thunberg, a rebellious teenage girl whose “Joan of Arc” insights on global warming at DAVOS in 2020 influenced top and bottom line priorities for business in 2021. From here though the problems get harder. Reformulated political questions of economic justice and social equality demand just as much of the shared commitment and mission that COVID had but these other issues are complicated by emerging at a moment of extreme division in the world.
In the sequel to the COVID saga, it’s not just Edelman’s data telling us that it’s a shifting narrative right now. Being among the most trusted institutions may be an argument for businesses to revisit the idea of a corporate/government hybrid where workers and shareholders have co-equal voices in confronting political problems and setting social policy. So how are we to make the most of this moment without letting cynicism cause us to miss it altogether or without letting hyperbole lead us to do something reckless and dangerous we will live to regret?

Blink once and this looks like a shift not seen since the Middle Ages where civic governance passed from religious institutions like The Vatican and its aristocratic vassals to the modern nation state. Today though it is the nation-states that are divided and in turmoil. Blink again and we simply see a chaotic grab for power in a global free-for-all. Is it halcyon days of reform and reconciliation or frightening hallucinations ahead? Could it be that this time the turmoil is familiar enough to allow us to see a path forward into a new Renaissance? Orderly or not, a torch is passing. The great advantage of the human mind may be that it can see that history now as never before.

How far can business take this newfound leadership in civic affairs? Do businesses have within them the means to help draft something like a Magna Carta for the 21st century on everything from healing the racial wounds of the past to designing the social and environmental justice of the future? Doubtful, but it is still exciting to think about. Of course, not every corporation will be able to shed the reluctance to stay in the shadows, but all businesses will be tested, and most it appears will wish to be counted among the activists. Look to the headlines, every day it seems another business is declaring its intention to speak with a voice that can be heard above the din of traditional public relations and customer service. Business needs to up its game here. To say it’s a lead role may be a bit much but an Emmy-winning best supporting role seems more than plausible for business right now. The important stars in this crucial narrative of the 21st century may already be cast. At the very least, business needs to get some new headshots for this production. It could be a real blockbuster.