The Virus, Companies, and “Earth Tank.” 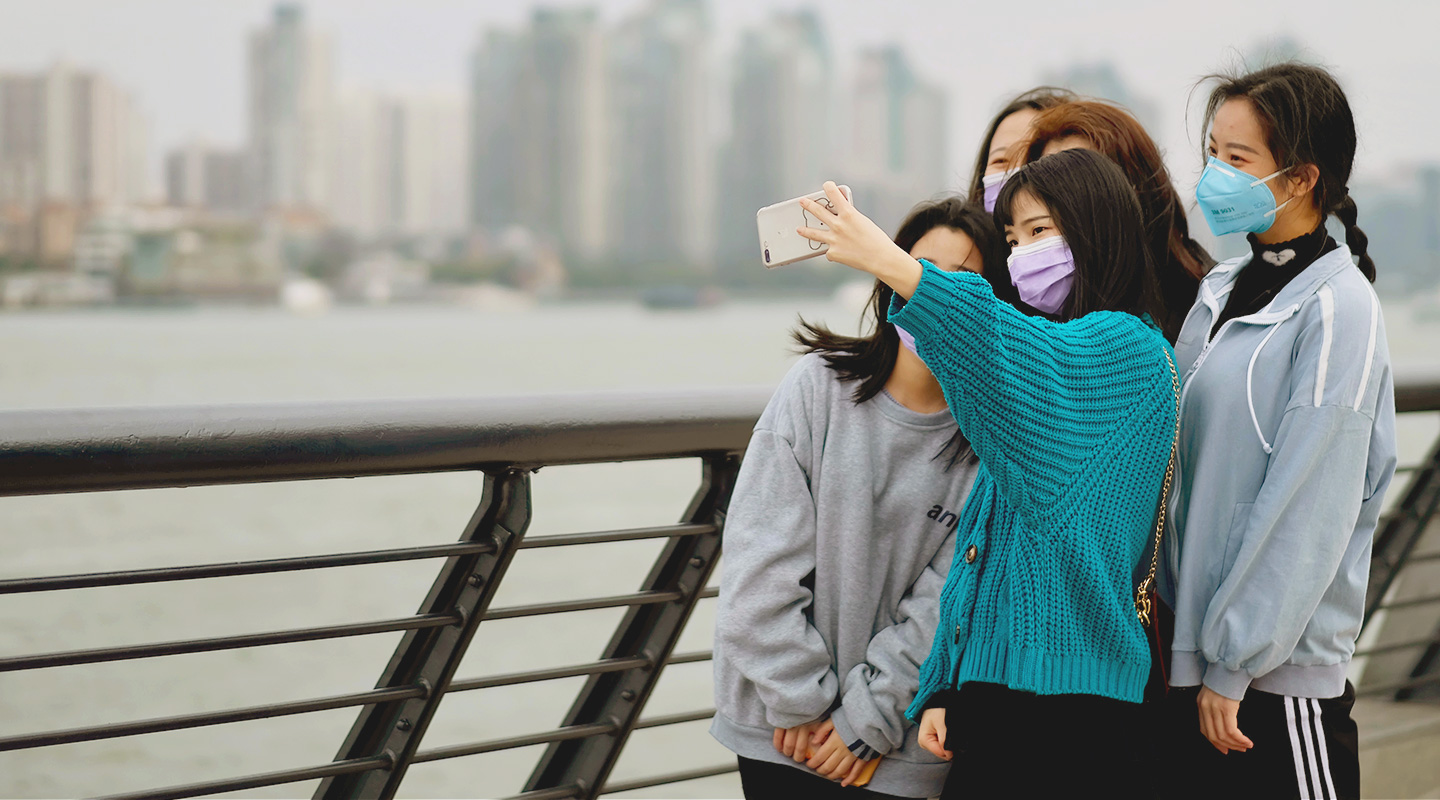 Posted at 23:17h in Business, Featured, Op-Ed by admin
Share

We were already living in a world without trust, as people everywhere discount the promises of their political establishments and business elites. And now this — COVID-19. For big companies, here is the real test of whether they’re willing to walk the walk as social, as well as profit engines. It’s about Human ROI now, and the corporate leaders who understand and communicate this immediately and effectively will start the new future in pole position — for the right reasons.

However grim this gets, human beings will survive, the global economy will recover, and this pathogen will join the symphony of creatures that rely on us for their survival. We have millions of creatures living inside and on us, and in planetary biological terms this is simply another virus elbowing its way into an already crowded party of human flora.

How is that information helpful? To use the party analogy, you can focus on the anxiety at the rope line and try to control the crowd with thuggish bouncers (the germaphobe approach), or you can give your attention to what’s going on inside and outside the party and think about how the greatest number can benefit in the end. In desperate times, this is the role of leaders, facilitators, and communicators. The companies that can see beyond crisis and bouncer-control, and which look deeper into the more nuanced dynamics of what our planet is becoming in this century will render the rest of us the greatest service.

So let’s take a breath and talk a moment about viruses, fires (because of the last and very recent environmental crisis from Australia’s massive wildfires), elephants (because who doesn’t love elephants), and while we’re at it let’s talk about sharks (because businesses are shark-tanks, right?). First of all, viruses, fires, elephants and sharks have nothing at all against humanity. Let’s get that straight right away. Viruses are just looking for hosts, fires for fuel, and elephants have behaved admirably despite being turned into furniture, trophies and piano music. Sharks? Well, they’re like relationships — they either keep moving or die.

They all share a biological system in which a single species has emerged as a large-scale disrupter of global biological resources. Yes, that would be you and me. And yes, in the wider sustainability conversation there is so much blame, bitterness and dubious symbolism right now.

Considerable emotion surrounds the endangered elephants. Arrest poachers, ban the ivory trade, increase the birthrates with management strategies: this is the call. The Paul Allen Foundation recently showcased a program that suggested another way: coexistence. Are there sustainable options for keeping humans and elephants out of each other’s way? One brilliant idea called for borders between human settlements and elephant territory marked by beehives. Elephants want no part of bees and they remember where they encounter them. An African program using real and decoy beehives to keep elephants and humans apart is working. The innovation is in embracing a sustainable vision of humans and elephants actually coexisting in the world as it is. Without surrender, it signals a truce in a punitive and dubious war to end poaching or to “save” the elephant. It’s not the solution, but it points to a solution beyond simply conquest and suppression. 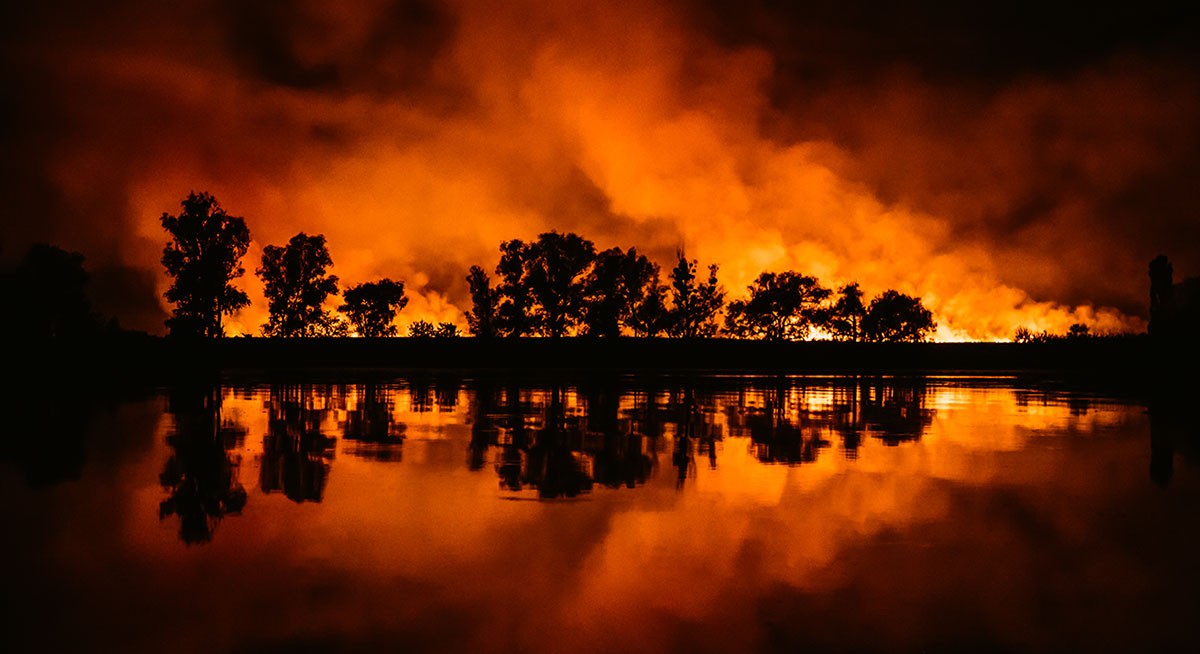 Fire has been a feature of the landscape in Australia since the continents first began drifting apart in the planet’s youth. In the centuries of human habitation prior to western colonization native people practiced an elaborate system of controlled burning that both limited wildfires and allowed native plants and animals to thrive as food for humans as well as for other species. The catastrophic wildfires of 2019-20 have shown not just the ravages of climate change and drought from global warming but how an ancient embrace of fire in a sustainable partnership in Australia has been lost. For humans to continue living there a new partnership needs to be found. A war against wildfire only make them inevitable, and ensures that they will be devastating.

The rate of shark attacks on humans has steadily increased for a century, driving the mythology that makes them the embodiment of our medieval mythology about evil and nature. It is irresistible for humans to cast sharks in a drama of ruthless dismemberment and predation even though the actual danger of shark attacks is nil. When shark attacks are seen as a simple biological response to declining fish stocks and the increasing availability of vertebrate protein in beachfront waters, then maybe the sharks can be seen as sending us a message about coexistence rather than mutual assured destruction.

The corona virus is the most present and urgent, and the most interesting. The statistics and history of pandemics are told as stories of winning and losing, of technological triumph. But a closer look shows them to really be about coexisting. Smallpox eradication has taken a century, and the original impulse of Edward Jenner in the 1800s was an idea so radical and offensive it’s almost impossible to imagine that it was allowed to work. But it led to the first viable mass-scale vaccine, and he is considered to be the founder of immunology. Viruses succeed by coexisting with a host, not killing it. How we manage the arrival of COVID-19 into its new 8-billion-person habitat (certainly an upgrade from whatever mangy Asian vertebrate it was stuck in before last fall) is perhaps the greatest test of our ability to coexist on this planet with organisms and elements that have a much longer resume than humans.

Elephants, sharks, viruses and fire have all been around this planet for millions of years — 55 million for elephants, 400 million for sharks and billions in the case of viruses and fire. The question now for 500-thousand-year-old humans, evolutionary toddlers that we are, is what do we do? You don’t need to be a doctor, president, or philosopher-king to ask this question. Since the global economy is so clearly in the crosshairs right now let’s get practical: what should business leaders do?

COVID-19 is one of the greatest opportunities in nearly two centuries for corporations to establish their credentials as socially meaningful institutions. It is the latest episode of a planetary narrative that has been shouting out its message for decades. If we are not partners with the forces at work on the earth right now then those forces will have their way with humanity. We may care how it turns out, but the planet does not.

Epidemiologists talk about “flattening the curve” by slowing COVID-19 infections through social distancing so as not to overwhelm our health care system and create a chaos that will break down all civil order. The urgency of social distancing is clear right now but leadership involves seeing beyond fear and the brainstem rage of survival. Flattening the curve really means embracing the virus and its infection. The deeper message is that enabling the infection itself contains the solution. Our survival will be determined by our ability to manage fear, how we come together in our communities to control the rate of infections, and by the virus’s need to find a place in its new host without killing it. This coexistence idea applies to everything in the domain of sustainability. It is not an exaggeration to say that this moment in 2020 is an echo of the cusp of transformation and opportunity seen by Carnegie, Ford, Rockefeller, Watson and a few others a century ago.

So then, let’s end on sharks. For those in business who identify with the ruthless Shark Tank TV idea of culling of winners and losers, can we pitch a crazy idea? Here you go: maybe the greater success, value and ultimately the greatest legacy of a corporation might be found in a show we will call Earth Tank? Social responsibility, in this pitch, is not a fad or a decoration. It is not a repudiation of shareholders, nor is it a token compliance request for recycling bins and plastic bag bans. Social responsibility is daring to risk it all on a world where everyone is a shareholder. In the first episode, we find a CEO with the courage to declare to his or her team: “We are going to live with COVID-19 together. We are going to use our scale and the data it generates to maximize Human ROI in this and the next pandemic, and in every other planetary issue. Let ours be the first step into that future.” Great TV, but that’s beside the point.

On the broader question of sustainability, this is the point: Who has the courage and tools to mobilize their organization and lead it through a mission of coexistence instead of conquest? Fortunately, the answer is not likely to come solely from the narrow demographic that gave us the Gilded Age and the current tenant at 1600 Pennsylvania Avenue, but we haven’t yet heard those voices in this crisis.

Please, speak up — follow us on LinkedIn and join the conversation on business in a new world.