What The Wacky Sport of Chessboxing Teaches You About Creativity - BravoEcho
16742
post-template-default,single,single-post,postid-16742,single-format-standard,bridge-core-2.6.8,qode-page-transition-enabled,ajax_fade,page_not_loaded,,qode-child-theme-ver-,qode-theme-ver-25.3,qode-theme-bridge,disabled_footer_bottom,qode_header_in_grid,wpb-js-composer js-comp-ver-6.8.0,vc_responsive

What The Wacky Sport of Chessboxing Teaches You About Creativity 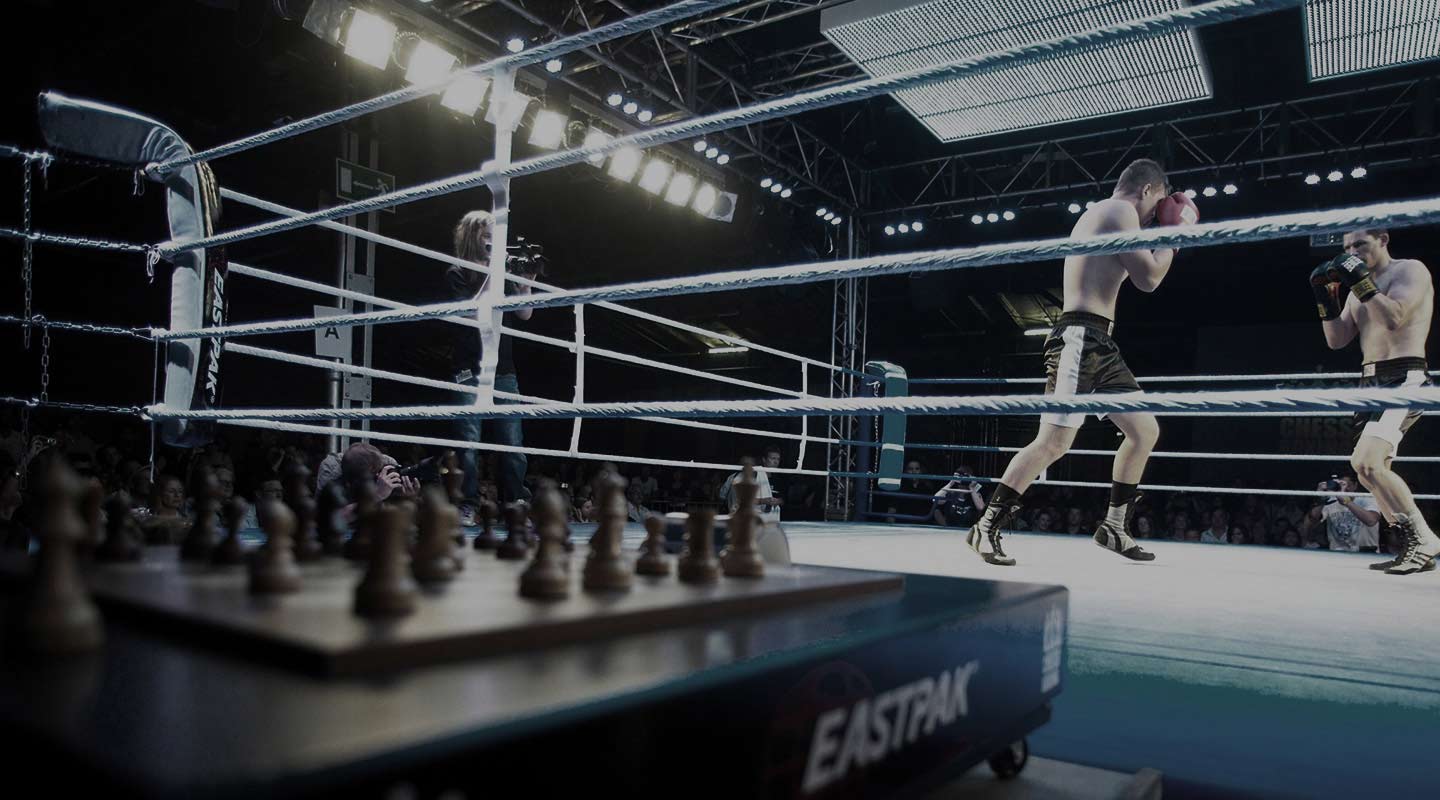 Posted at 03:58h in Business, Design, Op-Ed by Pete
Share

Successful companies use time well. Successfully innovative companies use it very well. You could say that a consistently rich flow of creative time is the crude oil of 21st-century business. But having worked in the creative departments of several companies over many years, I’ve found that pure creative time is as slippery as an eel. Anyone who’s ever had to be creative on deadline knows how hard it is to get in the zone and stay there. And now you have to do it in this cacophony of streaming social feeds.

It’s fashionable to say that we’re living in the Creative Age, surrounded by ”creative industries” that make up a growing section of the global economy predicated on the commerce of intellectual property. In a recent global survey by IBM, 1,600 CEOs rated “creativity” the most valued trait for successfully navigating an increasingly complex business world.

You have to ask, if creative thinking is such a lucrative—and elusive—commodity, what exactly is it and how can we bottle it? The answer I’m proposing lies in a hybrid sport called chessboxing.

But before we get into that, let me explain what creativity is from the viewpoint of my foxhole. Creativity is a coin with two sides. Heads is association—what happens when you open your mind to lots of different influences. Software entrepreneur Frans Johansson has called it the Medici Effect, based on the Medici family’s habit of bringing together sculptors, scientists, poets, philosophers, painters, and architects, which in turn sparked the creative explosion of the Renaissance. But that was then. Now we live in hyper-social times, when the loose and random association of things isn’t just routine; it’s a pandemic.

Tails is the emotional opposite—incubation. This is what happens when you close your mind and focus. Now all those loose associations are at the mercy of your subconscious as it slinks slowly and darkly through the deep. At some point—there’s no saying when—something will surface, something you hadn’t imagined, something maybe nobody ever imagined before, and if it survives the glare of daylight, that’s creativity. The apple that fell on Isaac Newton’s head didn’t contain a perfectly original idea; his head did, where it had been incubating all along.

Today’s world is obsessed with association. Anyone can free associate all day long just by going online. But unlike in the past, when lonely tortured artists waited for the Muse in Paris garrets, we now have to fight for the time to incubate. Incubation can’t happen here in the moment, where we do all our meeting, tweeting, pinning, chatting, and hyperventilating. And if we can’t learn to get out of the moment and single-task, the creative coin will devalue. So how to solve for this? How do time-bullied CEOs and their corporate officers, and the talent they work so hard to hire and retain, keep the innovation pump primed? This is where chessboxing comes in.

Inspired by the 1992 science-fiction graphic novel Froid Équateur by Enki Bilal, chessboxing was invented by the Dutch artist Iepe Rubingh. Competitors alternate between three-minute rounds of boxing and four-minute rounds of speed chess—winning by knockout or checkmate. The 19-year-old Russian math student who recently won a chessboxing world championship said, “You have to be totally cooled down in chess coming out of the boxing round. The adrenaline is the problem.” He won because he could toggle more efficiently between two opposed brain functions: fight-or-flight and prefrontal cortex cognitive processing. Sure, he was good with his fists and his pieces, but his brain moves were the ticket.

The sport is already being considered beyond the ring. With big followings in London and Berlin, it has been mooted as a preventive treatment for maladaptive and antisocial behaviors. Writing for Scientific American, Andrea Kuszewski has pointed out its potential value in education. As a behavior therapist working in schools, she suggests that the skill of task-switching might help with emotion regulation and could be used to counter bullying. And in the United States, the Hip-Hop Chess Federation advocates combining chess and martial arts as a way to teach kids the importance of strategy and nonviolence. But why stop there?

It’s easy to see how business would benefit from recruiting and nurturing a skill like this. The ability to flip the creative coin at will would mean mastering the use of time. In his book The Opposable Mind, Roger Martin writes that innovative thinkers have “the capacity to hold two diametrically opposing ideas in their heads.” He says, “Without panicking or simply settling for one alternative or the other, they’re able to produce a synthesis that is superior to either opposing idea.” Chessboxing kicks this can way down the road.

Let’s get chessboxing on art school and college curricula, where it can do the future workforce some good. After all, ambitious kids need to arrive prepared for the hurly-burly of business. For that matter, let’s make it a mandatory requirement for an MBA degree. And while we’re at it, let’s make it a fixture in the job description of everyone in the C-suite. In fact, next election season, let’s drop the debating and the negative advertising, and take it straight to the ring. And may the best woman win.