What Film Crews Can Teach You About Running A Business - BravoEcho
16870
post-template-default,single,single-post,postid-16870,single-format-standard,bridge-core-2.6.8,qode-page-transition-enabled,ajax_fade,page_not_loaded,,qode-child-theme-ver-,qode-theme-ver-25.3,qode-theme-bridge,disabled_footer_bottom,qode_header_in_grid,wpb-js-composer js-comp-ver-6.8.0,vc_responsive

What Film Crews Can Teach You About Running A Business 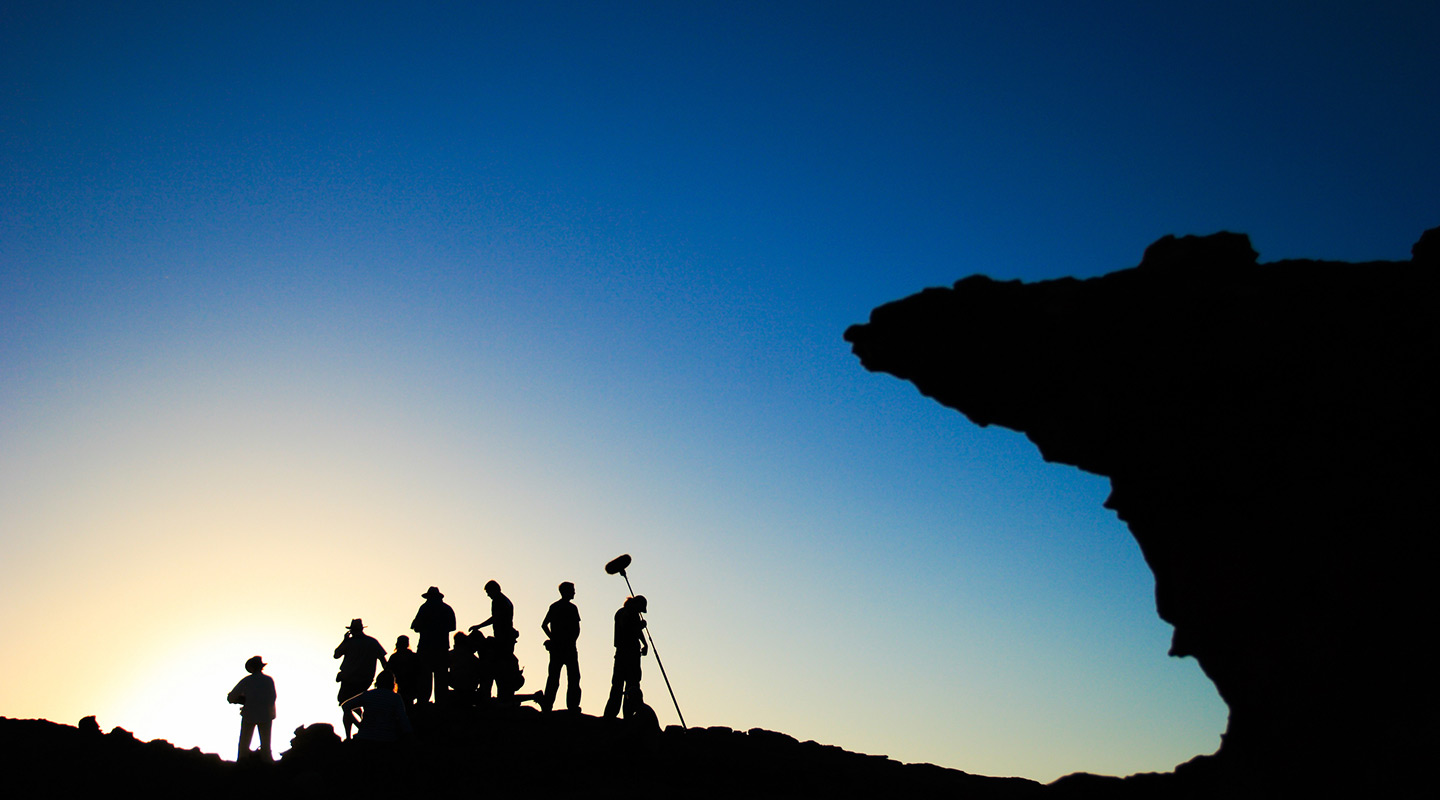 A film crew is a group of professionals answering to investors, working with a budget to make a marketable product in a competitive business. Sound familiar? A film crew does exactly what any company does, with one notable exception: no office.

As a brand strategist, I’m in a business that explores other businesses. What they do and why is our bread and butter. But strip away the differences in industry, scale, and geography of just about any enterprise, and underneath is a naked body with the same anatomy. One that varies only in these four ways: by being more or less true to an idea, more or less open to change, more or less responsive to markets, and more or less focused on the customer. On a good day, the filmmaking process is the least wasteful business model I’ve ever seen, and the end result is a highly polished design.

Currently, we’re immersed in medical innovation, travel, cycling, running, education, banking, museum curation, and workspace innovation. For one of these clients last year, we made a short documentary. We shot for six weeks in six countries and cut a 17-minute film. Cost per second of screen time, a few hundred dollars—journalism, not high-priced fiction. Using the film-crew-as-business-model analogy, this was like a startup company, with its principles very much on show. They’re principles that apply to any collaboration.

1. KEEP EVERYTHING WITHIN SIGHT.
A film crew has a C-suite, an org chart, departments, and unions. Everybody knows their craft, their turf, the reporting line, and when things have to happen. Communication is immediate: Within 15 minutes, the location scout in Mumbai and the coordinator in Capetown have heard from the executive producer in the U.S. what the director in Munich just decided, from the line producer beside him on set. Principle: Everything works better when everyone can see it.

2. IMPROVISE INTELLIGENTLY.
The raw material of filmmaking is time. Hitting marks, available light, covering the shot list—now is all you’ve got. One evening, we had to cross Mumbai for the last daylight shot, but our vans were stuck in a choked side street. So the director made a call, and we waded into the routine elbow brawl for several local moped rickshaws and loaded them up with our equipment, including a $100,000 Arri Alexa camera. Splitting up this way in the organized riot of a city like Mumbai is close to production suicide—and don’t even mention the insurance policy. But from brinkmanship, came art: We got the shot. Principle: The moment is yours to lose—improvise.

3. NEVER COMPROMISE CRAFTSMANSHIP.
A good crew is a guild of craftsmen. I remember shooting a scene on a highway in Florida some years ago while the highway patrol held back traffic. The director of photography liked the light and wanted to keep shooting. As the weekend commuter rush got under way, we heard a patrolman screaming on the first assistant director’s radio: “I’ve got five fucking miles of gnarly commuters backed up down here! Shut the fucking set down now, or it’s FUCKING JAIL TONIGHT!” “Last take,” said the First AD politely—for six more takes. Principle: If you’re going to do it, do it right.

4. REMEMBER THAT YOUR CUSTOMER IS IN THE ROOM.
It’s not about you. You’re just there to serve the camera. The camera is your audience, it is your customer. What it sees is the only thing that matters. One Saturday on our documentary, in the middle of a packed shot list, the great Arri Alexa sprung a software glitch. We had second-unit equipment, but the Alexa was our star. No Alexa, no shot list. No shot list, no schedule. Falling dominoes for four more cities—planes, visas, permits, crew, cast. Incredibly, by some mad, fortuitous coincidence, that camera was designed 20 miles away in Munich. Bingo. Principle: There’s only one star—your customer.

My point here is that when you take away the roof and the walls, the human network presents itself plain as day. Business is about people collaborating; that’s why companies exist. Anything that slows this down is a barrier, which is easy to spot in a startup or small business but often massively difficult to see and deal with in a big organization. Increasingly, as Fast Company consistently reports, technology brings us the tools to help. But while all these new, new things point the way, they don’t necessarily give us the will. It takes belief to do that.