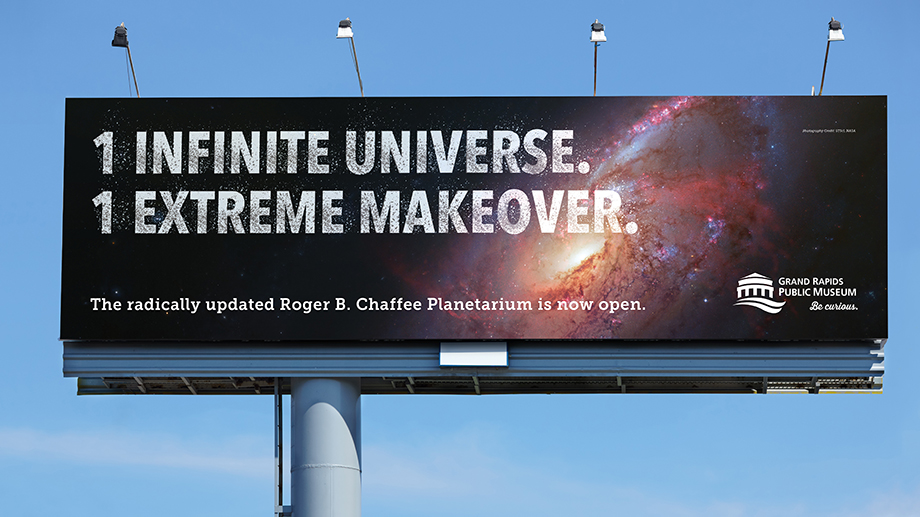 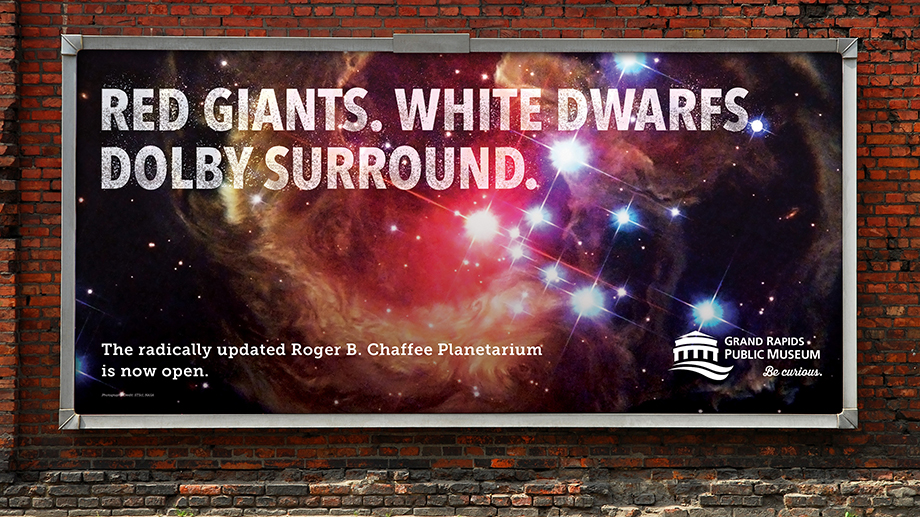 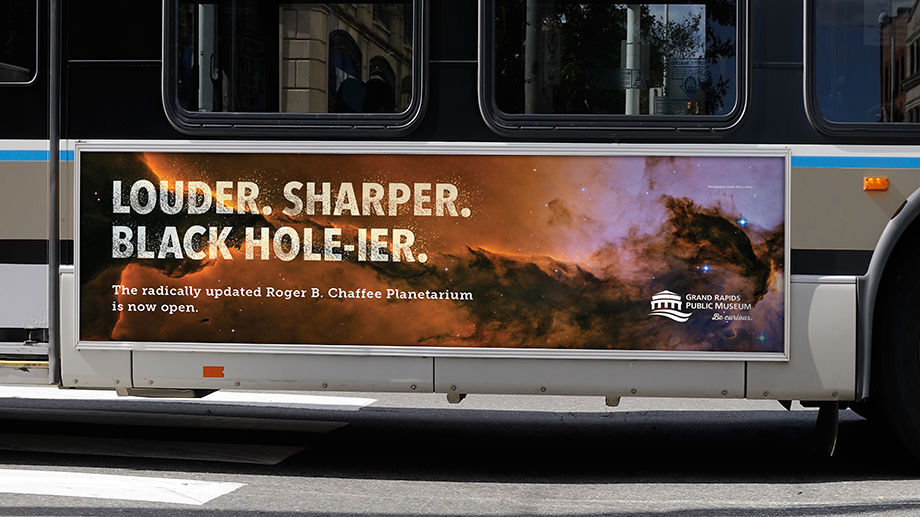 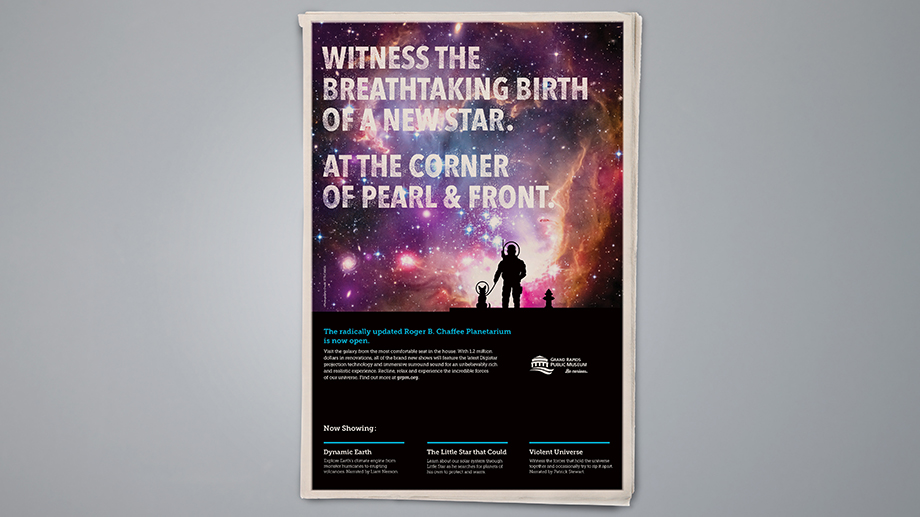 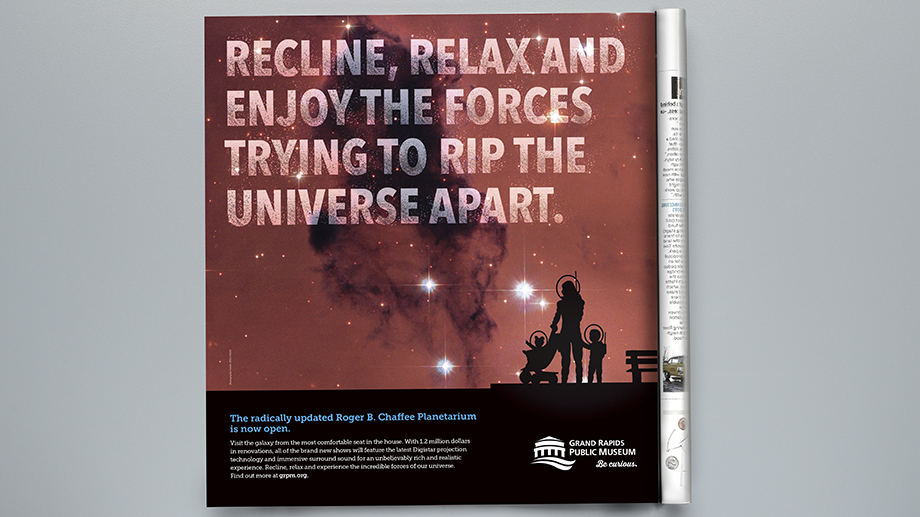 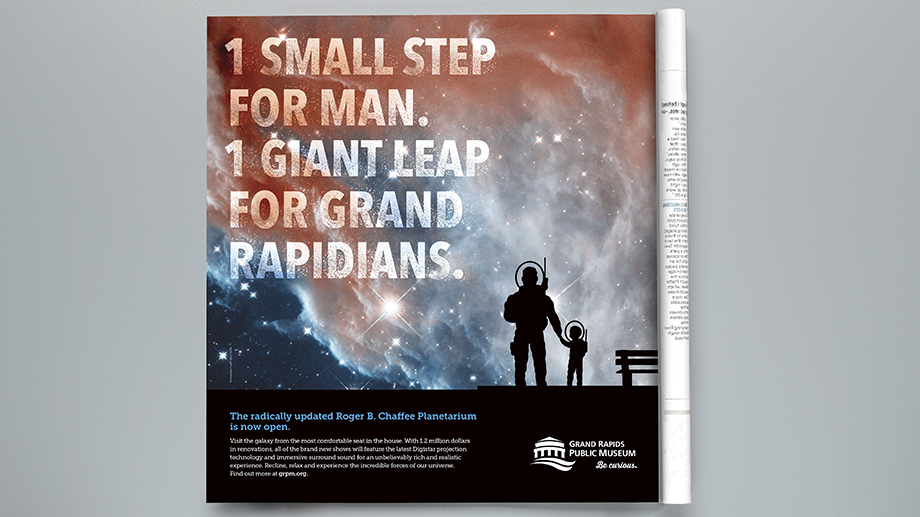 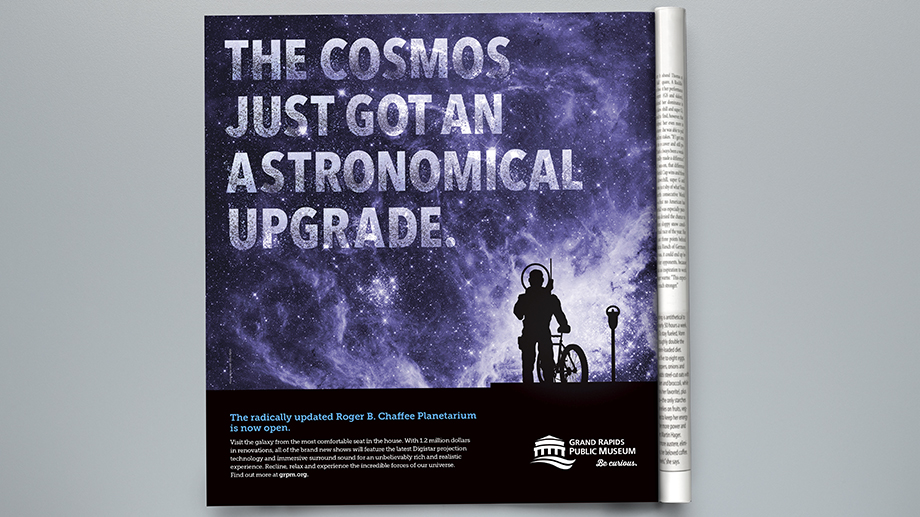 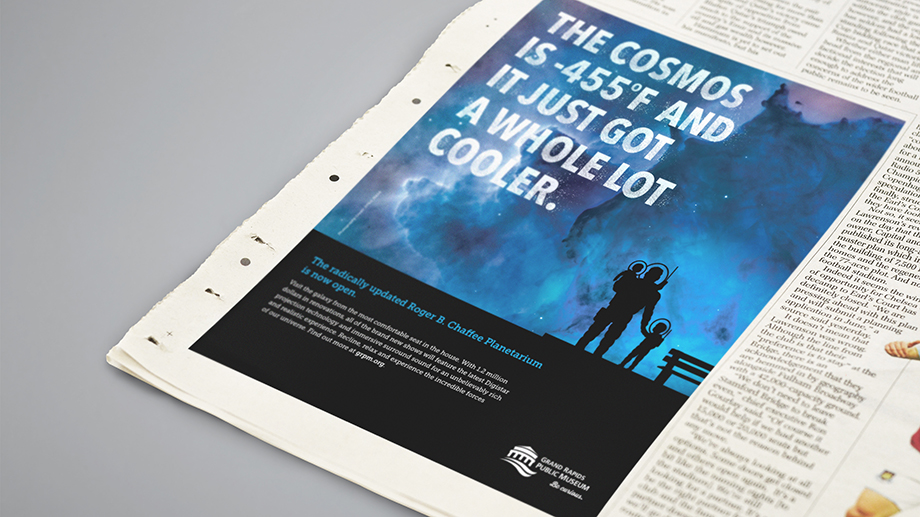 Discovering the universe through a planetarium is an experience that inspires people of all ages. The Grand Rapids Public Museum opened their Roger B. Chaffee Planetarium in 1994. Roger Chaffee was an Apollo astronaut and a Grand Rapids native. He died tragically during a pre-launch exercise of the Apollo 1 mission. The Planetarium recently underwent a six-month, million dollar improvement renovation, including the latest Digistar projection technology, surround sound, and new seating, design and display. Our challenge was to re-introduce the new Planetarium to the city and instantly communicate this radical upgrade, and to create a tribute film to honor Roger Chaffee and his emotional story. The comprehensive launch included outdoor, transit, print, opening event, social, and even grassroots “astronauts on the streets.”